GRYFTEC company offers software testing services by experienced and ISTQB certified testers. We specialize in testing, design, and development for embedded systems. The company assures support on any phase required by the client.

Testing performed to expose defects in the interfaces and in the interactions between integrated components or systems.

System testing
The process of testing an integrated system to verify that it meets specified requirements.

Testing methods
Software testing methods are traditionally divided into white- and black-box testing. These two approaches are used to describe the point of view that a test engineer takes when designing test cases.

Design, automation, and optimization of automated test scripts in the NI Teststand.

The use of CAN Bus in testing embedded systems with tools from the Vector company: CANalyzer i CANoe. 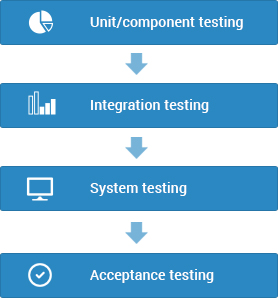