Acceptance testing is a level of the software testing process where a system is tested for acceptability.

The purpose of this test is to evaluate the system’s compliance with the business requirements and assess whether it is acceptable for delivery.

Testing does not usually follow a strict procedure and is not scripted but is rather ad-hoc. 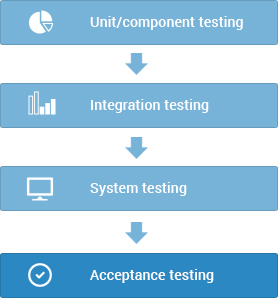