Unit Testing is a level of the software testing process where individual units/components of a software/system are tested. The purpose is to validate that each unit of the software performs as designed.

A unit is the smallest testable part of software. It usually has one or a few inputs and usually a single output. In procedural programming a unit may be an individual program, function, procedure, etc. In object-oriented programming, the smallest unit is a method, which may belong to a base/super class, abstract class or derived/child class. (Some treat a module of an application as a unit. This is to be discouraged as there will probably be many individual units within that module.) 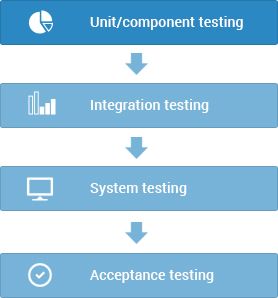