PRACTICE® is a line-oriented scripting language, and one of the TRACE32®, tools, which can be used to solve all usual problems with debugging and running complex microprocessor systems.

This language allows the efficient development of interactive programs to support the debugging process and starting the microprocessor system, test automation, and even manufacturing processes.

PRACTICE® contains an extremely powerful concept for handling program variables and command parameters. The macro concept allows to substitute parameters at any point within the commands. Since PRACTICE® variables can only occur as macros, conflicts between target program variable/routines names are ruled out.

GRYFTEC company offers services in the development of PRACTICE® scripts: 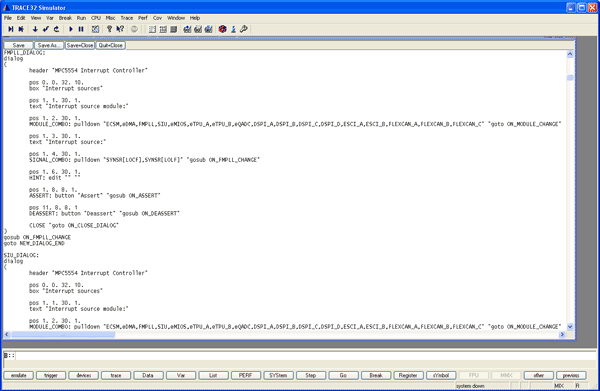